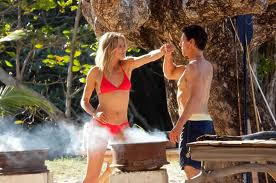 Have you ever had that little reoccurring moment or cliché in a film that just annoys the crap out of you? While it doesn’t ruin a film, these little annoyances can always be big distractions and sometimes kill the moment. Weather you ignore them or not these are my top ten biggest little announces I commonly see in movies. (Image from "Knight & Day")

10. The record scratch after a joke

In an attempt to be funny, we get this loud record scratch before a comedic pause or following on the end of some stupid joke. That is just ear poisoning and I’m sick of it. It’s as if the joke is so stupid it needs a loud record scratch to help emphasize how dome it is. (Image from "Rush Hour 3")

This is another one of those bad jokes that’s used way too often in comedies, usually bad one’s like “Land of the Lost”, “Scooby Doo”, “Home on the Range”, “Shark Tale” and “City Slickers 2: The Legend of Curly’s Gold”. I can’t stand when we have that close up of someone’s face and he’s making fun of someone or something that just happens to be right behind him. This joke was never funny to begin with, so why is it still being used? (Image from "Land of the Lost")

8. The cops not believing a young person after witnessing something bad 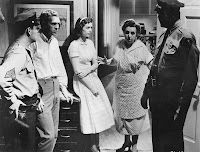 This is a cliché that has been used several times in films like “The Blob”, “Gremlins”, “Rear Window”, “Disturbia” and “Fright Night”, boy has it gotten old. The real problem is that there always a set up to fail, you know the cops are never going to believe them or find any evidence. It’s an obvious setup to make the main character a lone hero and it makes the proper authorities seem so unreliable. It especially bothers me in films like “The People Under the Stairs” or “Home Alone 3” where the cops do actually show up to investigate but they just miss the criminal and the young hero get’s blamed for playing a prank on the copes, oh that bugs me every time. (Image from "The Blob", 1958)

7. Characters coming back to life after dying

Talk about spoiling the drama, when a character dies, it’s a big dramatic event and it shows that the film has the guts to do something unpredictable and it adds a bit of realism to the film and it shows us that great story’s don’t always end on a perfectly happy note. But when a character comes back to life it completely destroys the credible drama the film had going for it earlier. This is a problem I’ve had in films like “The Mummy Returns” and “Transformers Revenge of the Fallen”. It’s just as bad when villains come back to life, I especially hated it in the “Pirates of the Carrabin” series where the villain was brought back to life in the sequels after he had such a good death in the first film with the hero saving a bullet for him. It’s even stupider in children’s movies like “Pokémon The First Movie” where the lead character dyes and then is brought back to life by all the other side characters crying. Now their have been some good cases in which a character has been brought back from the dead, like in “Star Trek 3: The Search for Spok” so it isn't always bad. (Image from “The Mummy Returns”) 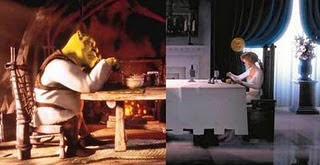 This was a big problem I had with “Shrek” and many other romantic films where a person hears someone taking about something and gets the wrong idea about what they were talking about.  I hate it when that becomes the drama of a film, especially when they never talk to the other person about this or listen to what the other person has to say, they just assume they know what talking about, then they go off and mope. That is such a cheap way to bring drama into a film and it just kills the movie. If you’re going to have a movie with relationship problems, then give them real life problems, no more of these stupid misunderstanding problems. (Image from "Shrek")

5. Too much shaky camera 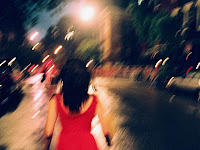 I’m sure everyone has hated this cliché as much as me, how couldn’t you. It’s bothered us in films like “Saving Private Ryan”, "X-Men Origins: Wolverine", “Batman Begins”, “Alien vs. Predator”, “Transformers” and “Harry Potter and the Deathly Hollows Part 1”. I’m fine with a little shake in a camera but when the camera just flaps all over the place, you can’t see anything. I specifically remember the opening of the movie “Bats” where the camera was literally so shaky that you couldn’t tell what the heck was happening on screen. The worst movie to do this by far was “Cloverfield”, this shaky cam was so dizzy and nauseating to look at that I actually got sick and thought I was going to vomit, and I’m not someone who suffers from motion sickness either. So for all of our sakes, keep that camera still. (Image from "Cloverfield")

4. DVD’s not allowing you to skip to the menu 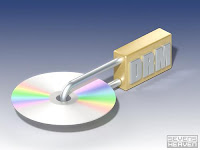 This is one annoyance that doesn’t have anything to do with the actual movie, instead it’s what their released on. Sometimes a DVD will allow you to skip right to the main menu but then there are also those DVD’s (especially for “Dream works” movies) that force you to watch the advertisements and logo’s before getting to the main menu and that just ticks me off every time. There is no reason to prevent a DVD from skipping to the menu, usually we just want to watch the movie. It’s even more annoying when your finishing a movie that you started earlier and the DVD forces you watch the advertisements again before you can get back to your film.

3. Can’t get the full shot on the screen 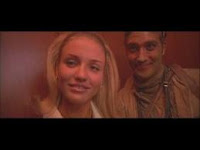 We usually get two options when watching movies, either full screen or wide screen and you can never be fully satisfied with either option. With full screen everything is in close up and it chops off the side, but with Wide Screen we miss what’s happening at the bottom and top because there’s those damn annoying black bars. Sometimes, those black bars take up most of the screen and there always so distracting. I know a lot of that has to do with what cameras were used to film the movie and that some are made for specific screens but guess what, not everyone has that proper screen, so why can’t there be a camera that captures the full shot. That way we won’t be missing anything on the sides or have those annoying bars on both the bottom and top of the picture. (Image from "Fear and Loathing in Las Vegas")

2. Tough Woman that forget to keep their femininity in Check 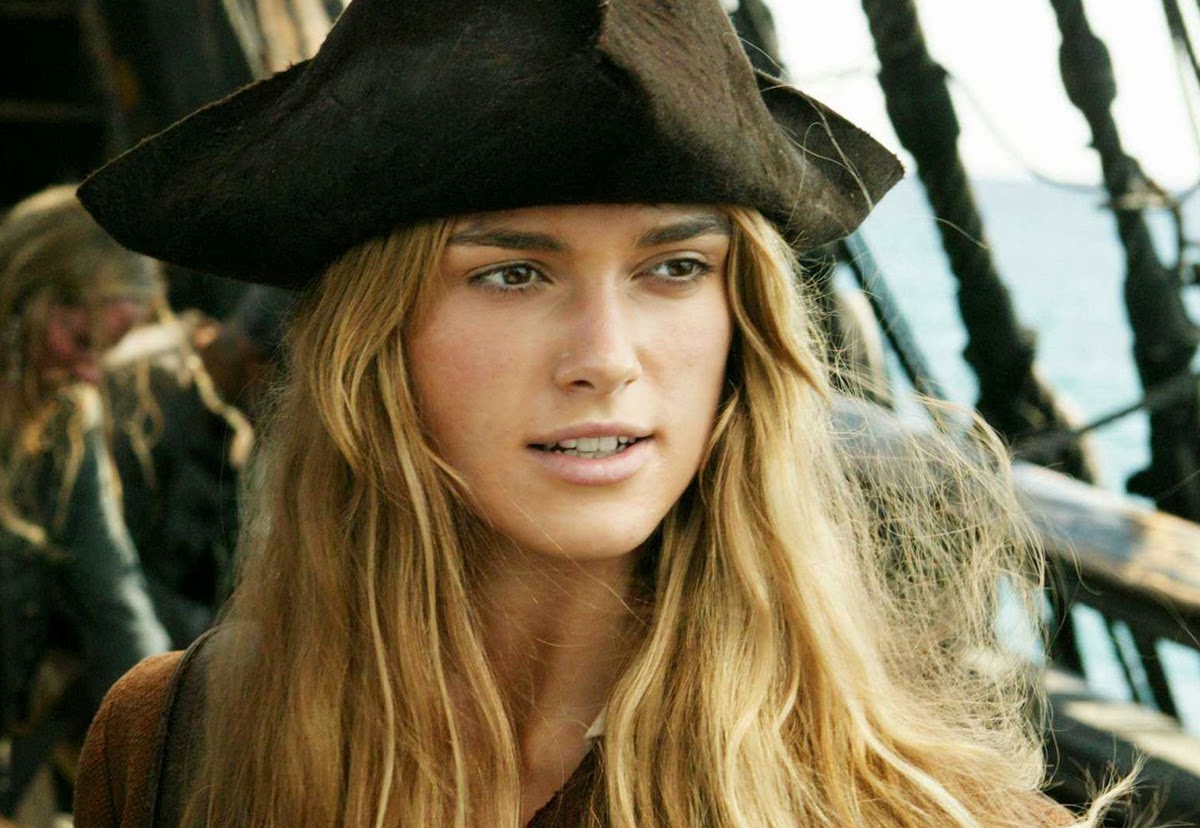 I have no problem with woman that can put up a fight and hold their own against men, all I ask is that they keep their femininity in place. Over the years, many strong female characters just feel like men in female form, and that just annoys me, especially when the characters rub it in your face. Strong women are good, they just need to be women, instead of females pretending to be men.

1. Not showing the title in the opening

This is something that I’ve talked about in many of my reviews, so it’s probably no surprise that it’s on this list. This is something we see all the time in current movies like “The Dark Knight”, “Batman Begins”, “Avatar”, “Thor”, “Van Helsing”, “The Mummy Returns”, “A Series of Unfortunate Events and Captain America: The First Avenger.  This is a clear indication that someone doesn’t care about how to get the audience excited about the film there about to see and they just start the movie immediately. It may not seem that important but it’s a big deal for me because that’s what starts the mood of the film. I’ll never forget seeing the first “Star Wars” movie in the theater for the first time (when the special edition was released), that title opening was big, loud, it grabbed my attention and it set the tone for how awesome the rest of the film was. Or in “The Chronicles of Narnia” movie’s, the titles are so grand and big with soothing and meditative music in the background, that helps set the mood for the film perfectly. Sometimes, you don’t even know if the movie has started because they don’t show the title in the opening, in fact when I saw “Avatar” with a friend, he didn’t even realize the movie had started, he thought we were still watching trailers. Movies need to have title openings to get things started on a good note and to set the tone for the rest of the film. (Image from "The Dark Knight")